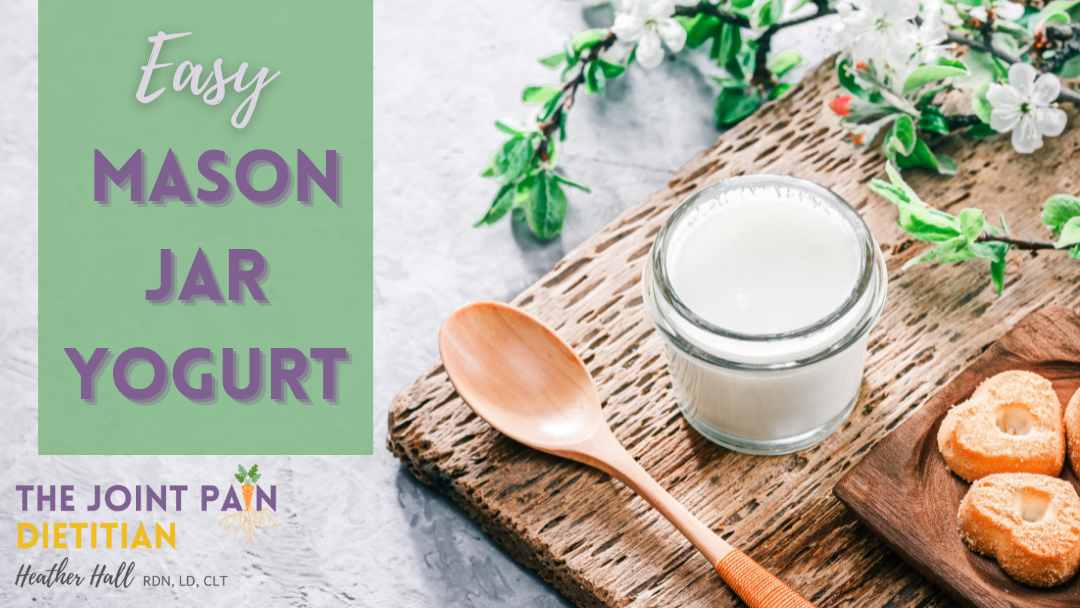 *As an Amazon Associate, I earn from qualifying purchases.*

My friend Katie taught me to make homemade yogurt years ago and we’ve loved doing it ever since. It really is easy and only takes about 10 minutes of hands-on time total.

Being the lazy cook that I am, I hated scraping the scalded milk off the bottom of the pan after I was done. Not to mention trying to pour the hot milk from a large saucepan into a tiny mason jar without splashing or burning myself.

So, I found an easier way…

There is virtually no mess with this method. No scalded milk to scrape. No pouring hot milk into jars. Almost zero cleanup whatsoever, except the jars of yogurt themselves once you’ve emptied them of their creamy, delicious yogurt contents.

Here is the secret… pour the milk directly into the mason jars you’re using, then place the mason jars into a pot of water to heat up. After you’ve heated and cooled the milk, simply add a spoonful of yogurt (and for flavor, a splash of vanilla and a bit of sweetener- this is optional). Screw on the lids and place the jars into a cooler of hot water (125 degrees roughly) for 7-24 hours. (Close it tightly!)

If you just want plain yogurt, then all you need to add is a bit of yogurt to culture it – no vanilla or sweeteners needed! Plain yogurt makes a great substitute for sour cream. Most people don’t like to just eat a bowl of plain yogurt though. The good news is you get to control the ingredient list and add the sweeteners that work well for you!

Most of my clients get a Mediator Release Test (MRT) to identify any food sensitivities behind their joint pain and other symptoms. This recipe can be easily adapted to the foods that work best for you. Swap regular milk for A2 cow milk or goat milk. Swap sugar for stevia, honey, or maple syrup.

For years, I left ours in the cooler for only 7-8 hours and it was great. But recently, I accidentally left it in for 16 hours and it was even better! It came out thick and creamy, more like Greek yogurt, and still not too sour! So I now let it go for about 15 hours every time. 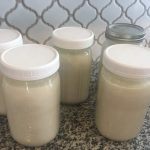 Per each quart-sized mason jar

My favorite yogurt add-ins: sprouted pumpkin seeds, frozen berries and chocolate chips to turn it into a still-pretty-healthy dessert. 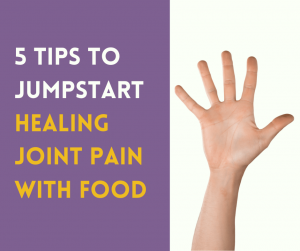